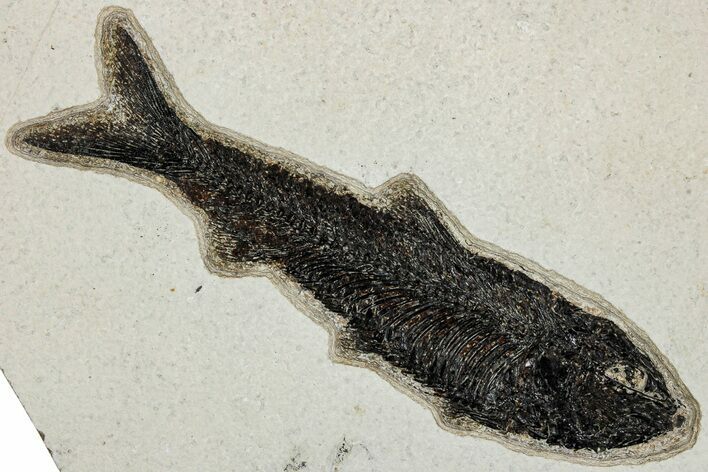 This huge, 7.3" long fossil fish (Knightia eocaena) from the Eocene-age Green River Formation in Wyoming. It is well-detailed and prepared with bone structure, fins, and some scale structure visible. It is nicely centered on a 11.1 x 8.2" slab of shale. 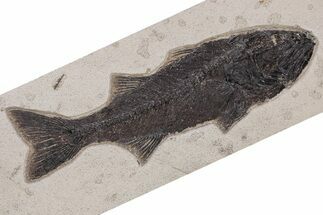 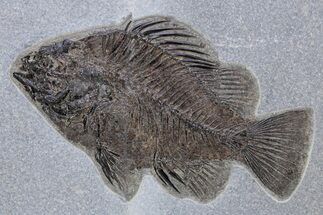