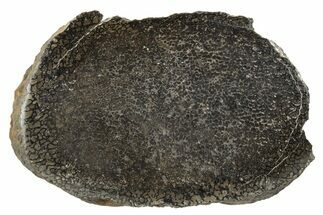 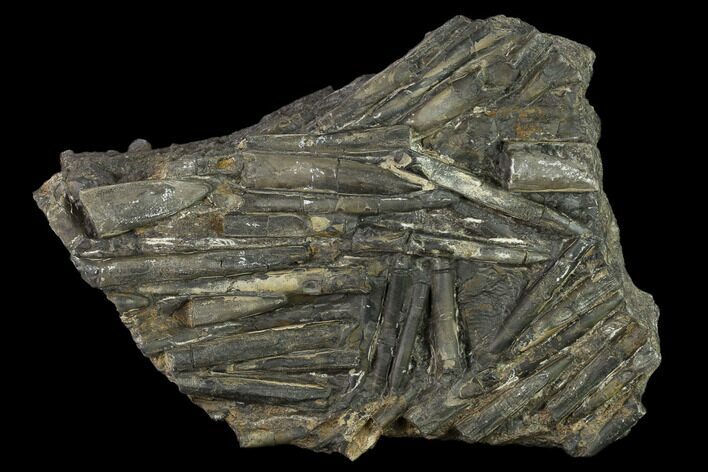 This is a 7.4" wide, mass mortality plate of Belemnite fossils from England. They are Lower Jurassic in age or about 180 million years old. The rock is almost solid belemnites and you can see fossils exposed on both sides.

Belemnites are probably the most well known extinct cephalopod after the ammonites. They lived during the Jurassic and Cretaceous periods and are fairly common fossils found throughout the world. They had a hard, internal, cone shaped structure that is often preserved as a fossil though it is not technically a shell. They had 10 arms but unlike modern squid these arms had small hooks instead of suckers.
SOLD
DETAILS
SPECIES
Unidentified
AGE
Lower Jurassic - Toarcian Stage 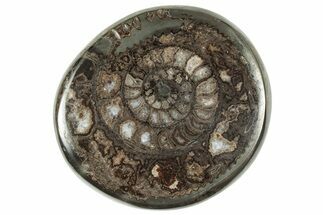 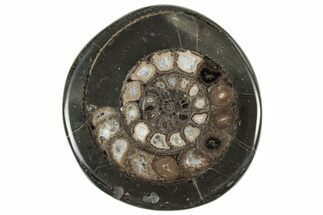 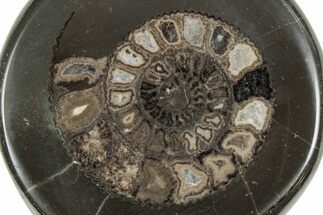 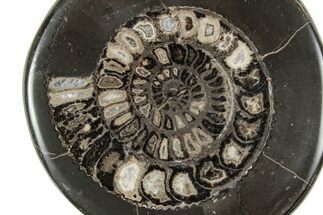