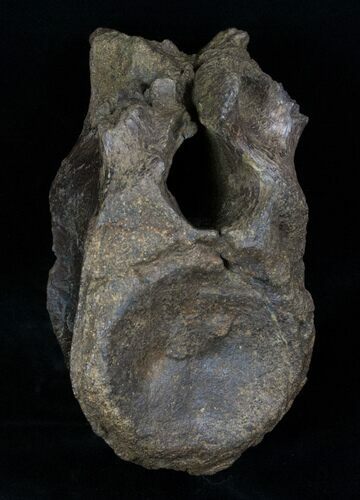 This is a 7" tall dorsal vertebra of Edmontosaurus annectens, a Hadrosaur or what is commonly referred to as a duck-billed dinosaur. It was collected from the Hell Creek Formation of Carter County Montana. The vert is very solid, with the neural canal still preserved and no restoration.