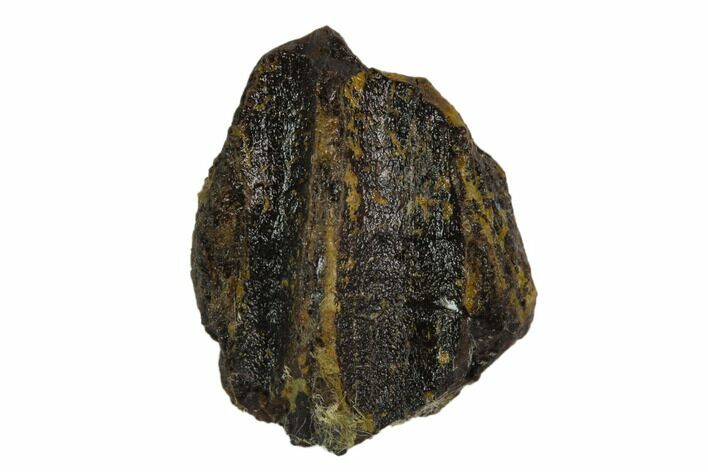 This is a .78" long, partial Triceratops tooth crown from the Hell Creek Formation near Bowman, North Dakota. One side of the tooth has been sheered away.