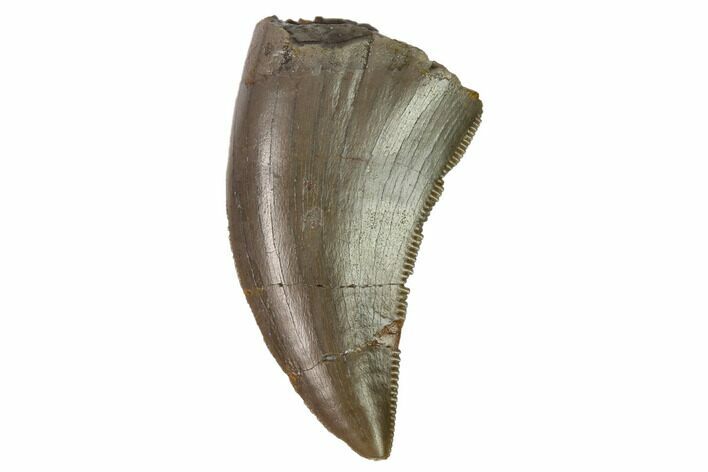 This is a nice, .78" long, serrated Allosaurus tooth collected this past summer. It comes from the Morrison Formation at our partners private quarry East of Dinosaur, Colorado. The tooth has beautiful preservation with excellent enamel and a nice tip. There are a couple of repaired cracks in the tooth with small gap fills. 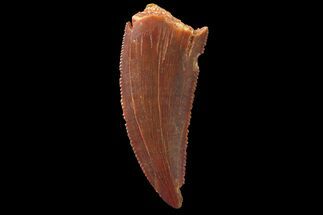