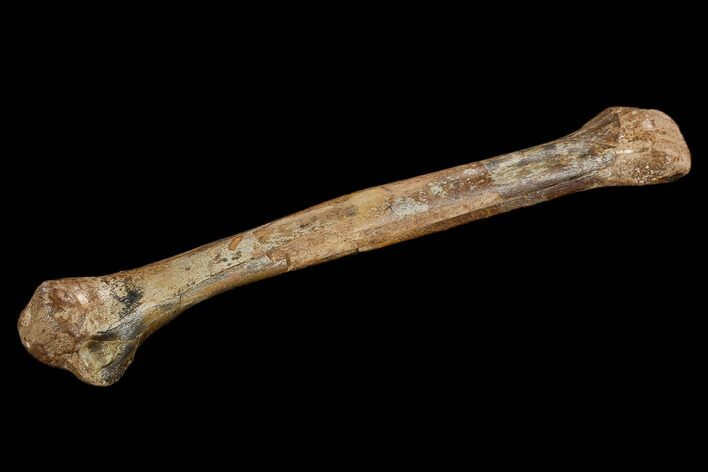 This is an 8.0" long fossil phalange (finger bone) of a theropod dinosaur, from the Judith River Formation of Montana. It is lacking the diagnostic markers to determine exactly which theropod species it belongs to. Using size as an indictor it is most likely that this bone is from Dromaeosaur (aka raptor). It is likely the first phalange of the third finger on the right hand.

Both of the ends have been restored which is reflected in the price.