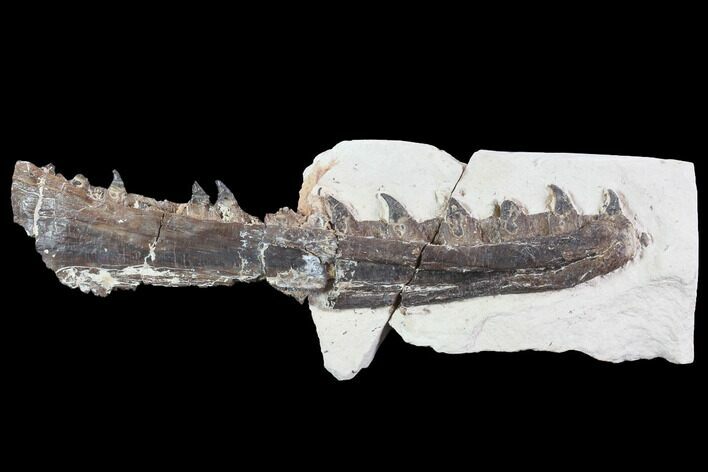 This is an 8.1" long, fossil jaw section of Tethysaurus nopcsai, a medium sized Mosasaur from Goulmima, Morocco. The jaw section has 9 original teeth still in place and while it has several repaired cracks it has not been restored.