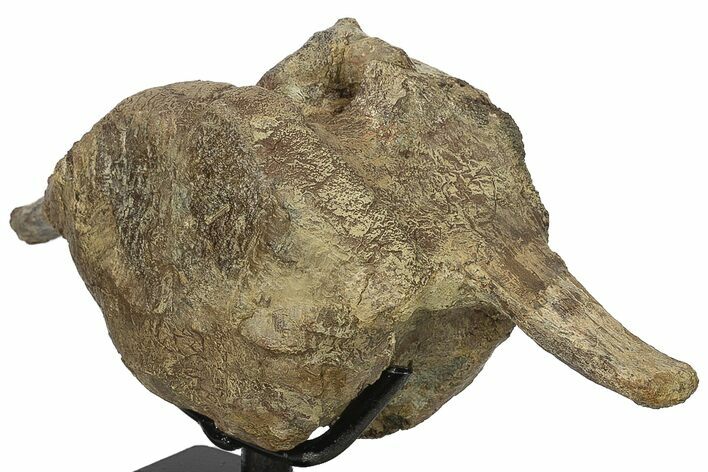 This is a cervical vertebra of a Triceratops from the Late Cretaceous, or roughly 66 million year old Lance Creek Formation of Wyoming. There is significant restoration between the transverse processes and centurm, however while there are repaired cracks through them, the processes themselves aren't restored. The centrum was found in large pieces and has been repaired with glue and gap fill restoration in spots where the bone wasn't recoverable. Most of the centrum restoration is to the superior end of the body. The spinous process is missing.

This vertebra was found alongside a partial Triceratops skull and a pubis bone. It measures 3.7" tall by 8.2" wide. On the provided metal display stand, the entire specimen is 5" tall.