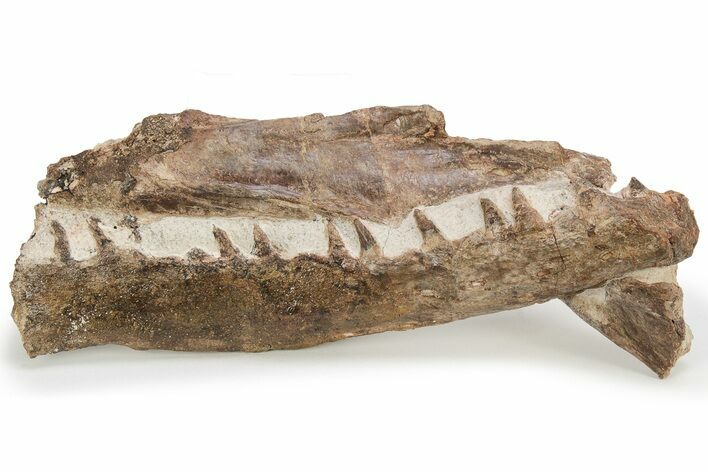 This is an impressive, 8.3" long association of two fossil Mosasaur (Tethysaurus nopcsai) jaw sections collected near Goulmima, Morocco. Between the two jaws (primarily presenting on one jaw) there are 11 original teeth still in place. The longest jaw section measures 8.3" long and the partially exposed jaw is roughly 8.3" long (straight line). There is some touch-up restoration and minor gap fill on various parts of the specimen.

This gorgeous specimen comes with an acrylic display stand. 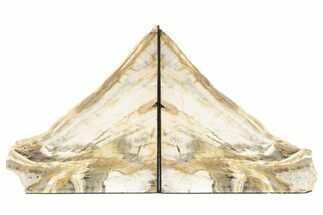 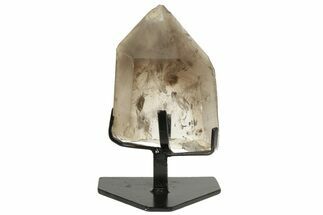