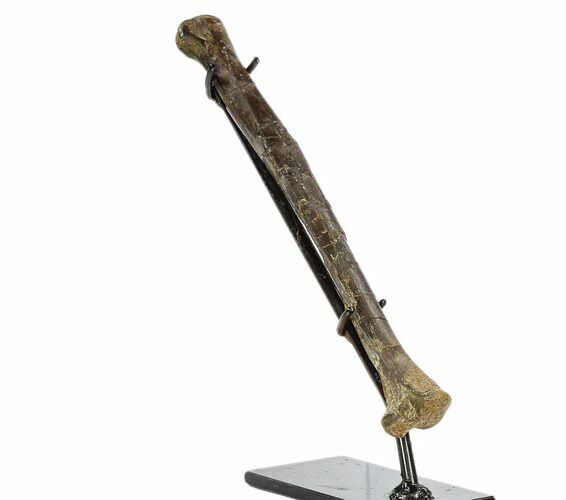 This is an 8.6" long fossil metatarsal (hand bone) of a theropod dinosaur, from the Judith River Formation of Montana. This bone lacks diagnostic markers enough to determine exactly which theropod species it belongs to. Using size as an indictor it is most likely that this bone is from Dromaeosaur (aka raptor)

This well preserved specimen has a few repaired cracks with small gap fills in the cracks. Comes with a custom metal display stand. 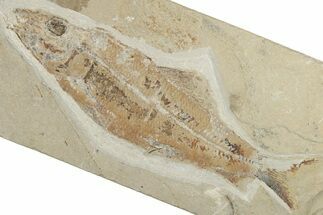