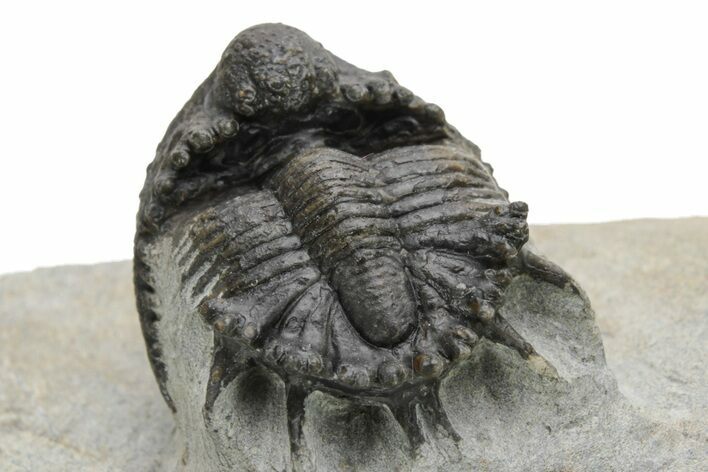 This is a .85" long example of a rare lichid (Akantharges mbareki) trilobite from Tinejdad, Morocco. This site has been closed for several years so this species is getting hard to acquire. It's a pretty good example with nice detail. There is about 5% shell restoration in total. 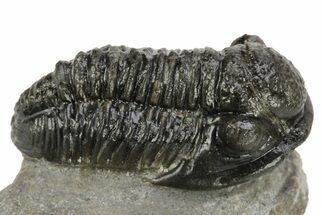