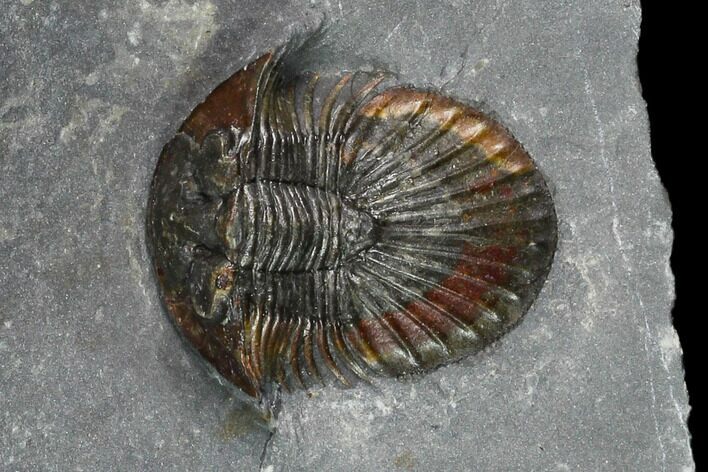 This is a unique, .85" long, Scabriscutellum trilobite from Ofaten, Morocco. The black shell has reddish highlights around the edges. Very nice preparation on this little beauty.