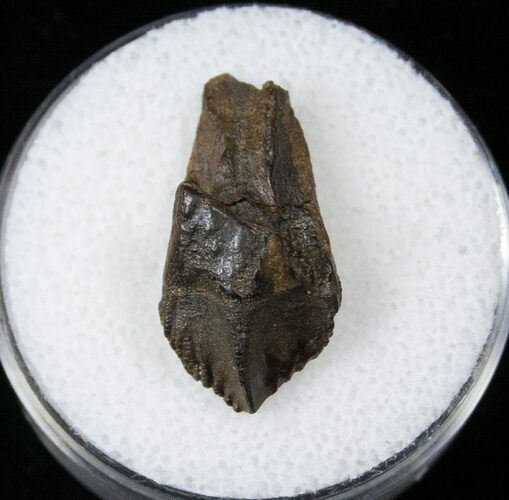 This tooth exhibits almost no feeding wear and still has a substantial portion of the root attached so it isn't one of this discarded teeth. The small size would indicate this came from a juvenile.