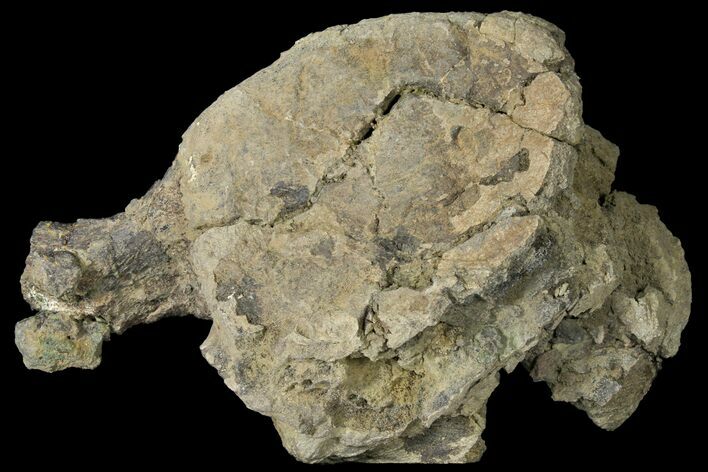 This is a 9.0" fossil Triceratops vertebra section, from the Hell Creek Formation near Bowman, North Dakota. It is the body (centrum) with one side of the vertebral arch, of a caudal vertebra. It has a number of repaired cracks and the bone was compressed during deposition and fossilization. It is being sold as is and would make a nice project for someone who wanted to try their hand at specimen preparation or just likes the look of unprepared bones.