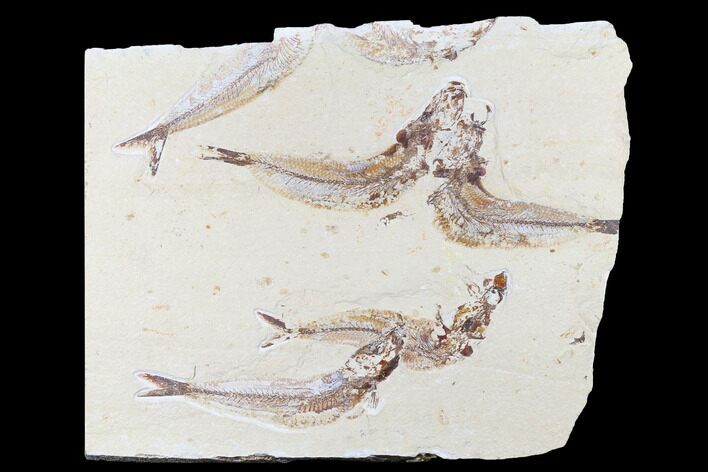 This is a 9.9" wide slab of limestone that contains multiple fossil fish of the genus Scrombroclupea sp.. This natural fish association was quarried from the famous Upper Cretaceous aged, marine lagerstätte near Hakel, Lebanon. A small Primigatus sp. fish can be found on the opposite side of the limestone.

This specimen has undergone no repair or restoration. Comes with an acrylic display stand. 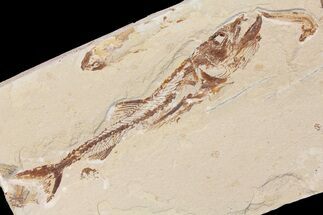