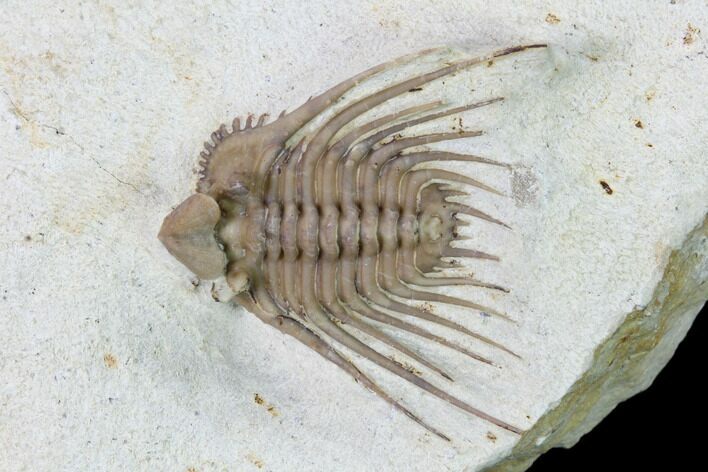 This is a exquisitely detailed specimen of the trilobite Kettneraspis williamsi from the famous Black Cat Mountain locality in Oklahoma. It was masterfully prepared by Bob Carroll. Its caramel colored shell and elegant spines contrast well against the creme colored matrix. There is a tiny brachiopod sitting on top of its head.