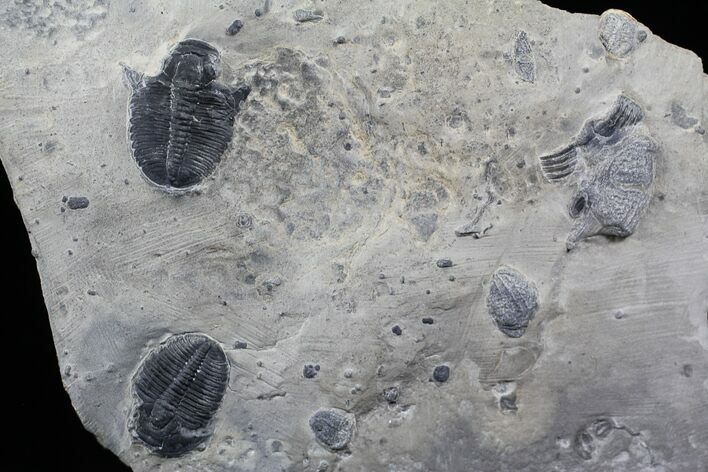 Here is a large Elrathia kingii trilobite molt from the Wheeler Shale of Utah. Like modern day lobsters, trilobites molted as they grew, crawling out from underneath the discarded shell. The shell on the sides of the trilobites head (cheeks or more technically librigena) separated from the rest of the shell allowing the trilobite to crawl out from underneath. This particular piece has two Elrathia molts, one is .94" and the other is .75". The larger molt still has both librigena connected, normally these would have been washed away. Within the matrix there is also small bits and pieces and a negative of a trilobite.