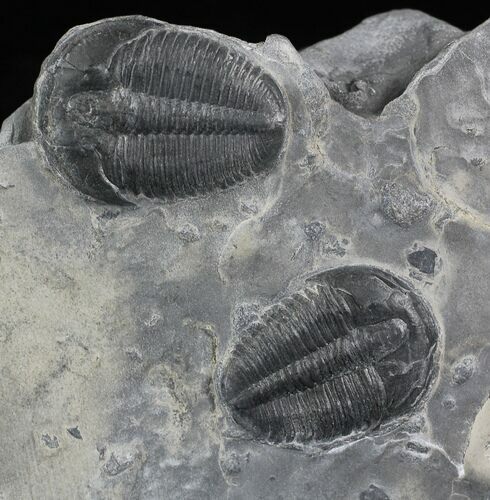 This is an Elrathia kingii trilobite from the 505 million year old Wheeler Shale of Utah. This pieces has not one, but two complete Elrathia trilobites. The larger of the two is .96" and the smaller on is .88". Throughout the matrix are small bits and pieces of other broken trilobites.
Elrathia is a famous genus of trilobite that had an amazing ability to thrive where other ancient animals could not. They patrolled the deep, muddy waters offshore of the ancient continent Laurasia.