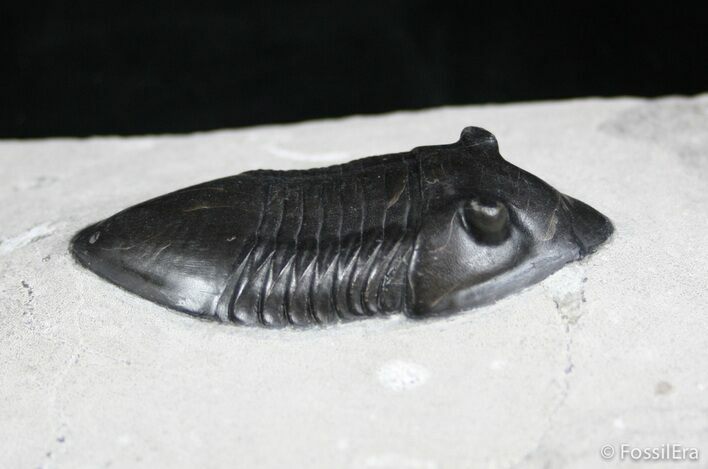 This trilobite literally looks like it is trying to crawl off the rock. It's perfectly inflated Isotelus gigas from the famous Walcott-Rust Quarry in New York. This species can be found other locations in New York and in Canada but the ones from this quarry are unparalleled in the level of preservation and this is about as good as they come.

It's 2.7 inches in length which is large for the Isotelus layer in the quarry. Most from this layer are well under 2 inches and this layer simply was not producing this summer. I know I spent nearly a week at this quarry cracking limestone with 20 pound sledge hammer, and we came away with a handful of small Isotelus. The preparation work on this specimen is outstanding and you can see all of the minute shell detail under magnification.