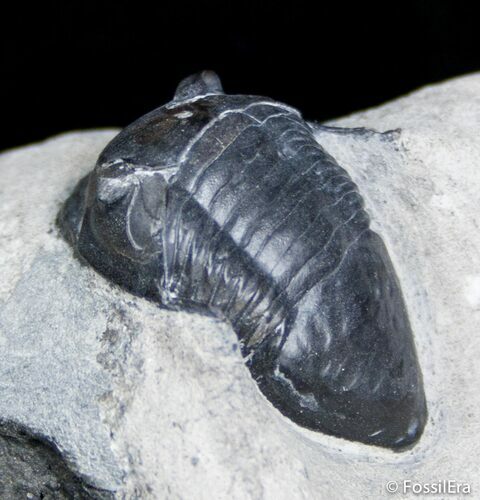 The famous Walcott-Rust quarry of upstate New York yields the best preserved Isotelus trilobites in the world. Unlike the other localities they are found, they are preserved perfectly inflated, with no crushing of the shell. This little beauty is one such example. It would be 1.8 inches long if fully outstretched and has a thick, dark brown shell.

I collected this specimen this past summer, and it was one of only two small Isotelus I found complete in 5 days of breaking limestone that trip. It look about 6 hours of preparation work to remove the surrounding matrix under microscope. Below is a photo of the specimen unprepared.