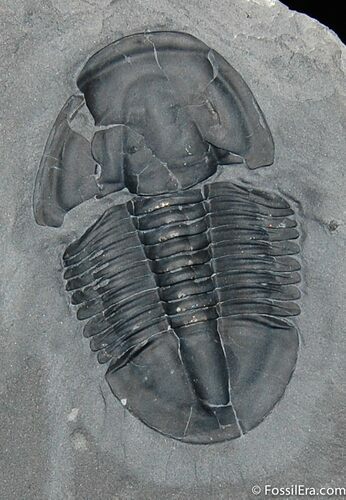 Here is a beautifully prepared Asaphiscus wheeleri trilobite from the 505 million year old Wheeler Shale of Utah. It comes from the same quarries as the much more common Elrathia. Asaphiscus also have thinner shells, so they don't survive the typical preparation methods used by some quarries. This one has been prepared under microscope using air abrasives and has absolutely gorgeous shell preservation.