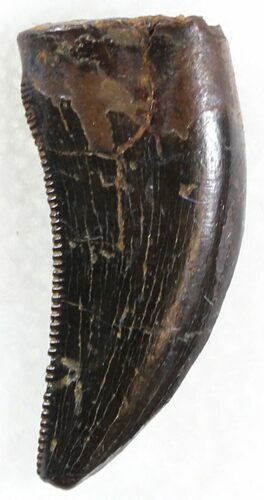 This is a small, .74" long theropod tooth from the Judith River Group or Eastern Montana. Because of the wear to the serrations ID'ing it as a juvenile/baby Tyrannosaur tooth vs Dromaeosaur (Raptor) tooth is mostly a guess. Though every small tooth I've looked at from the site appeared to be Tyrannosaur.