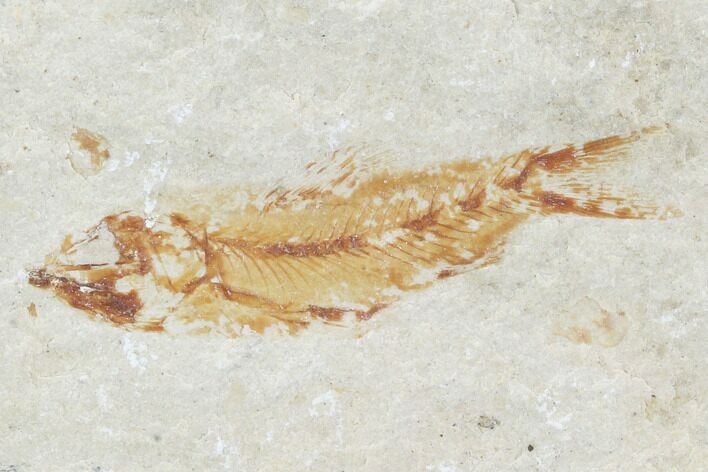 This is a bargain, fossil fish (Armigatus) from #{the Sannine Formation of Lebanon}. Upper Cretaceous in age, there are dozens on species of fish described from these deposits. Comes with an acrylic display stand.

The discovery of amazingly preserved marine fossils near Byblos, Lebanon dates back many centuries. They were first mentioned in writing by Herodotus, over 450 years before the birth of Christ. The first scientific work on these localities began in the 1800's and these deposits have been meticulously quarried by several Lebanese families for over a century. We purchase our specimens directly from one of these families that have worked the quarries for generations.

These deposits represent a warm, shallow sea and have yielded over 70 types of fish as well as numerous other genre found no where else in the world. The preservation on many of these specimens is truly amazing including including examples of soft bodied preservation.
SOLD
DETAILS
SPECIES
Armigatus sp.
AGE
Upper Cretaceous - Cenomian Stage