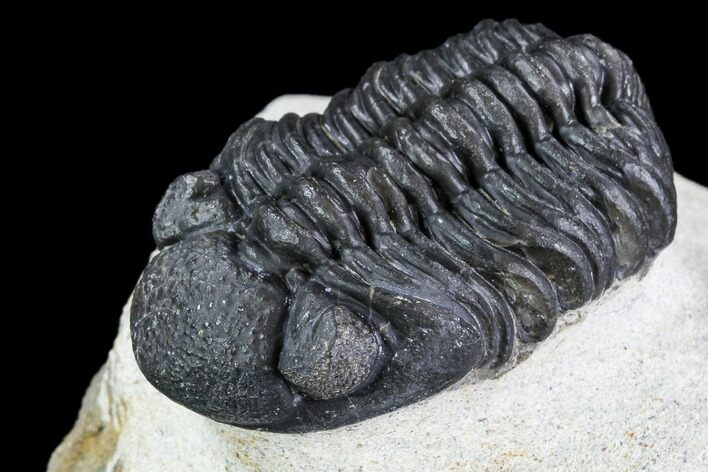 This is a 1.8" long, specimen of Pedinopariops (Hypsipariops) vagabundus from Mrakib, Morocco. There is a bit of weathering on the right hand side of the trilobite.