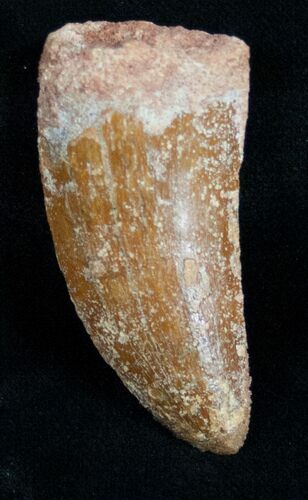 This is a bargain tooth of the massive theropod dinosaur Carcharodontosaurus saharicus, which often gets compared to T-Rex. It's 1.95" long. The enamel is a little mottled and the tip of the tooth has been restored, but it's still a good price for authentic tooth from a massive meat-eating dinosaur. 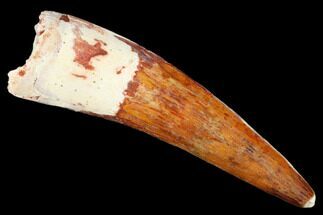