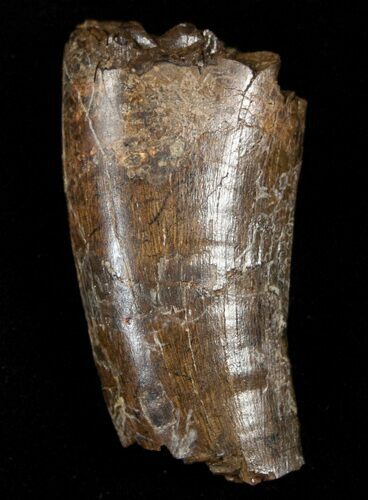 This is a large, partial 2.05" long Tyrannosaur tooth from the Two Medicine Formation (Judith River Group) of Eastern Montana. It's missing the tip but has good enamel preservation. The serrations are present, though a fairly worn. This would have come from a very large tooth, probably about 3.75" inches making Daspletosaurus the most likely candidate. There are a couple of repaired cracks in the tooth.