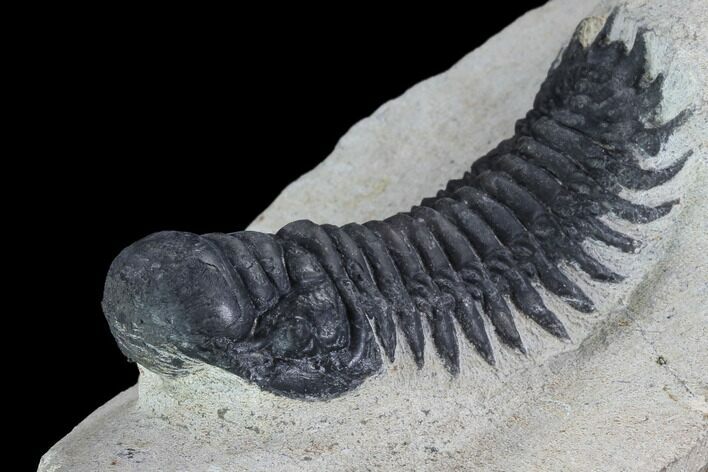 This is a bargain, 2.6" specimen on Crotalocephalina gibbus from Atchana, Morocco. The preparation is a bit rough in areas and there is about 10% shell restoration, hence the bargain price.