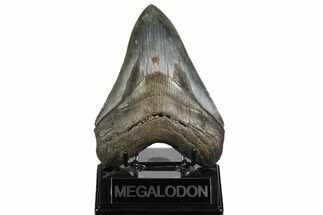 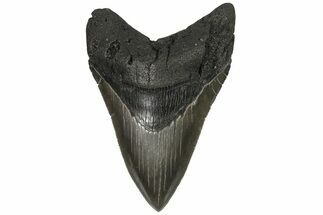 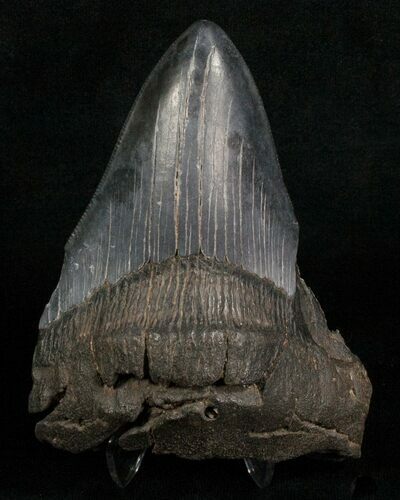 This is a bargain 4.24" long Megalodon tooth collected off of the South Carolina Coast. It eroded out of the Hawthorn Formation and would be approximately 4-7 million years old. It's got some nice enamel and many of the serrations are still sharp.