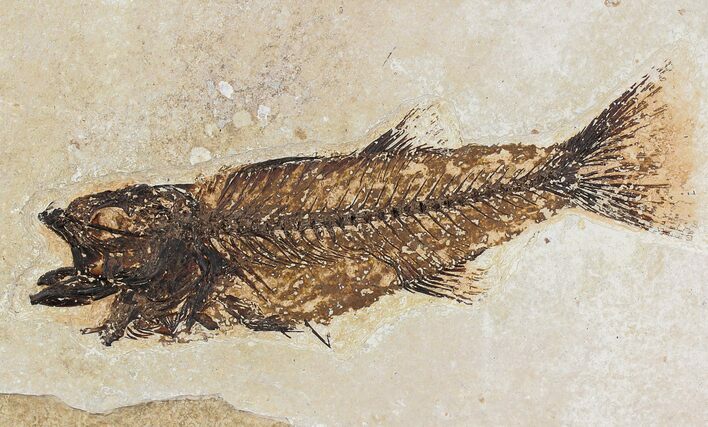 This is a bargain example one of the uncommon fossil fish from the Green River Formation, Mioplosus labracoides. It's 6" long and nicely centered on a 3/4" thick, 10x8 slab of shale which displays well on the included display stand.

Please Note:The fish has some color enhancement to add additional contrast with the surrounding rock, hence the bargain price.