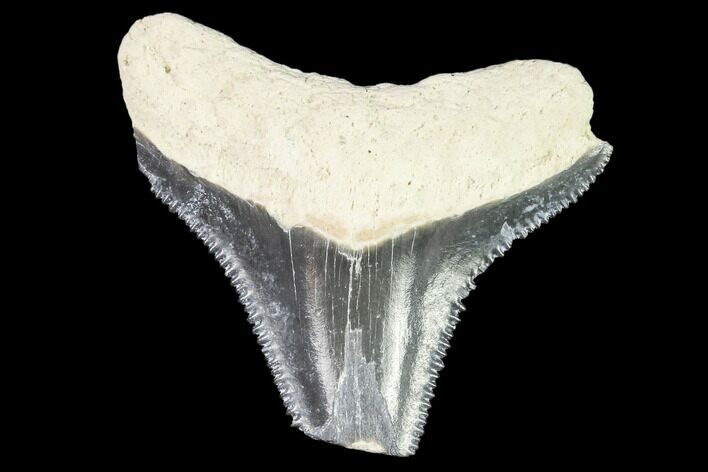 This is a fossil .97" Megalodon (Carcharoles megalodon) tooth from The Bone Valley Formation, Florida. This example is missing the apical (tip) as well as a piece of the base. The serrations are well defined.