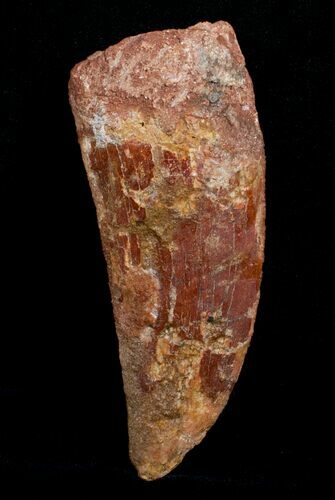 This is a massive, 3.39 inch long tooth from the gigantic, meat-eating, theropod dinosaur, Carcharodontosaurus. Often referred to as the "Moroccan T-Rex" this monster is one of the largest know theropod dinosaurs. The tooth is in pretty rough shape and does have some restoration work done to it. It comes with a riker mount display case to show it off. 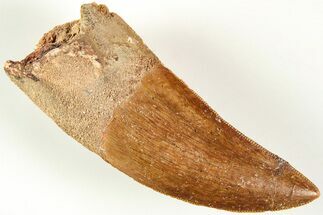