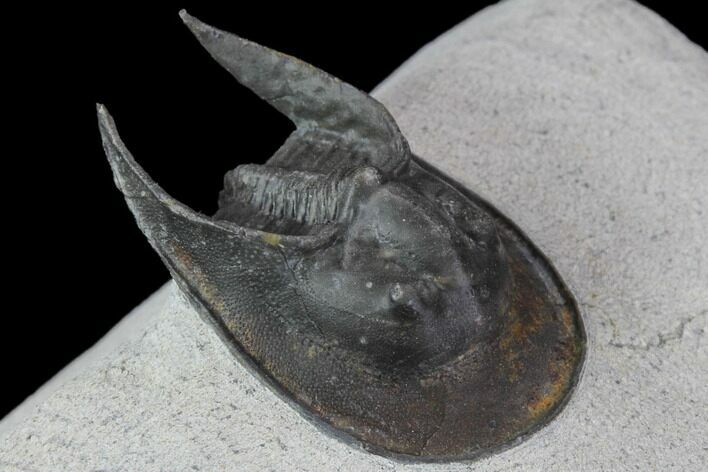 This is a very nice, inflated specimen with good preparation. The entire thorax has been exposed, though part of the tail curls underneath. About 1-2% shell restoration along repaired cracks. 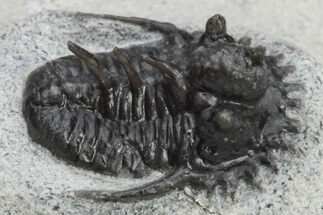