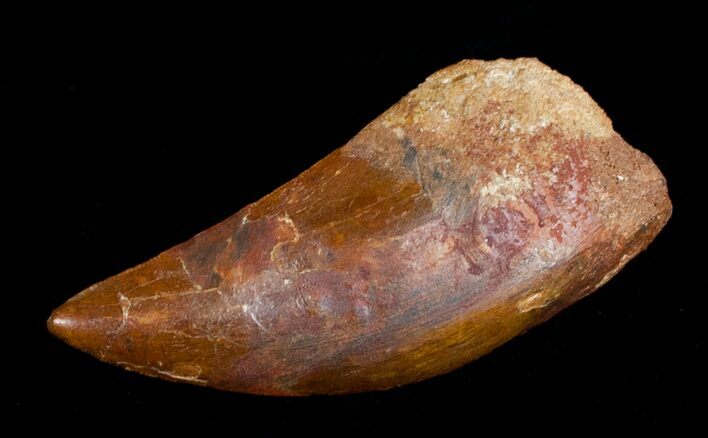 This is a large 3.1 inch long tooth from the gigantic, meat-eating, theropod dinosaur, Carcharodontosaurus. Often referred to as the "Moroccan T-Rex" this monster is one of the largest know theropod dinosaurs.

This tooth is nicely shaped and most of the serrations are still visible. Like most Carcharodontosaurus teeth on the market it has been restored. There are a number of areas were cracks were repaired and the gaps been filled. This restoration is the reason such as large theropod dinosaur tooth is being offered at an affordable price. 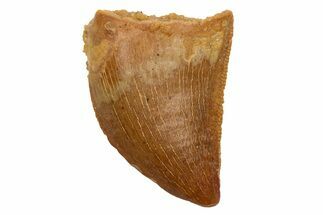