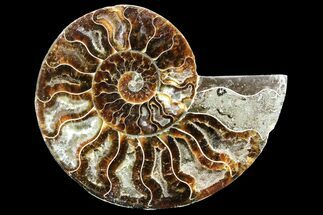 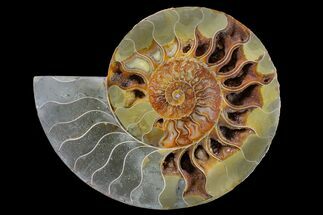 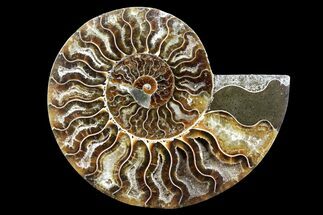 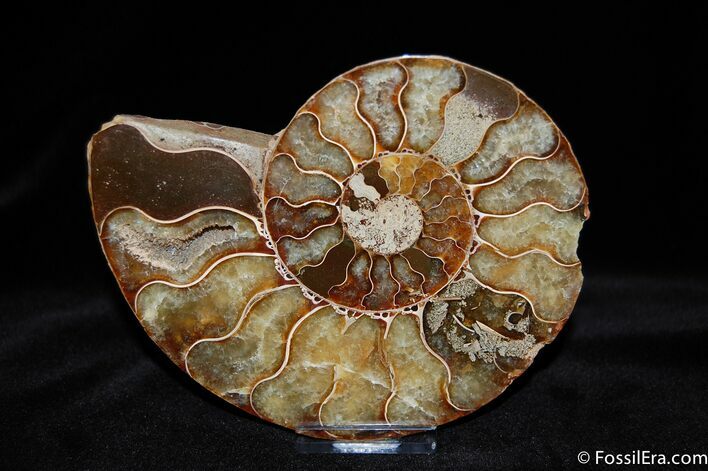 Here is a large 5 inch wide Cleoniceras ammonite from Morocco which has been cut in half and polished. Found in Madagascar, it lived in the shallow seas during the Middle Cretaceous Period, approximately 110 million years ago. This specimen is simply beautiful with dark agatized cavities contrasting with white calcite septa (divisions). It displays wonderfully on the included stand. 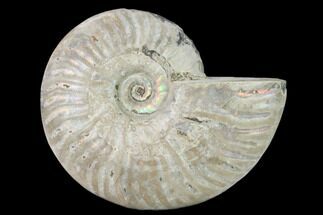 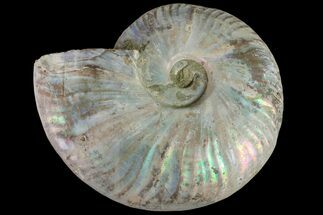 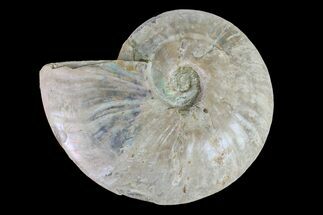 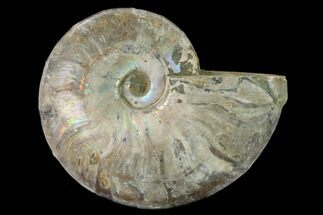 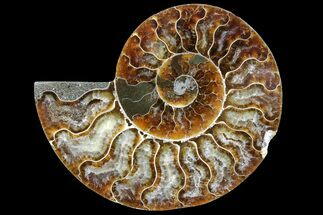