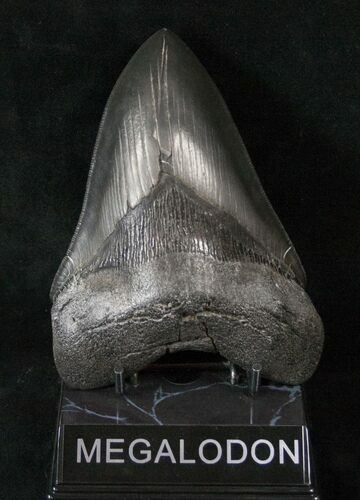 This is a good quality, 5.56" long Megalodon tooth collected in South Carolina. This beautiful, black tooth is massive and would have come from a large, adult shark, probably in excess of 45 feet in length. The enamel is in good shape, the tip is nice, and the serrations are still sharp. Comes with the pictured display stand.