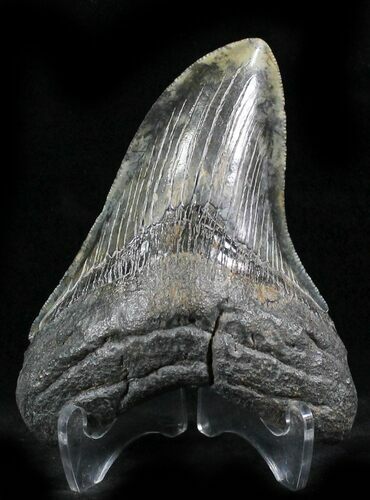 This is a real beauty of a 4.36" Megalodon tooth collected in South Carolina. This tooth would have come from an small Megalodon Shark in the 40+ foot size range. The tooth is a unique blue-black-tan calico color, and has nicely worn serrations, and is in overall great shape.