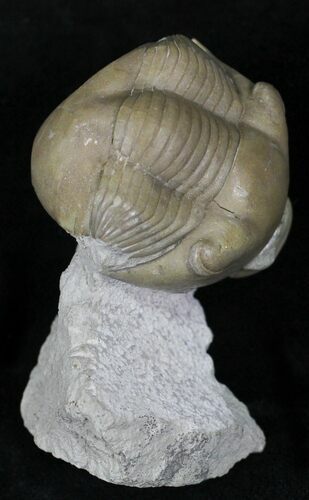 Here is a very beautiful Russian trilobite of the species Illaenus schmidti. This 480 million year old arthropod looks like it is ready to crawl right off the rock. It even has a passenger riding on the front of it's nose, a glabella of another Illaenid. The preparation on this piece is masterful and it would make a cool addition to any trilobite collection.

Like nearly all Russian trilobites there is some restoration to repair shell damaged during collection. About 1/3 of the shell on the tail has been restored and there is a tiny touchup on the glabella. I would say about 10% restoration overall which is still low compared to many Illaenids I've looked at. 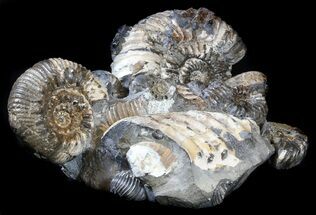