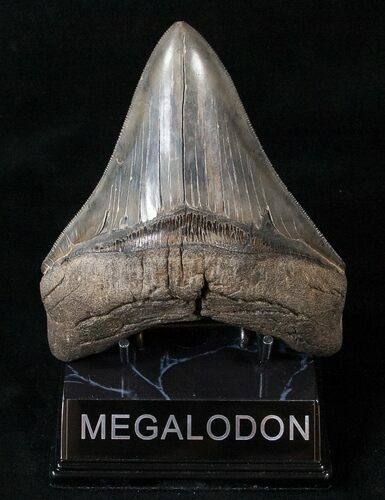 This is a large and sharply serrated, 5.28" long, fossil Megalodon tooth collected from in South Carolina. A tooth of this size would have come from an adult Megalodon Shark, probably around 40 feet in length. The enamel preservation on the display side of the tooth is excellent, the serrations are in good shape as is the root. Comes with the pictured display stand.