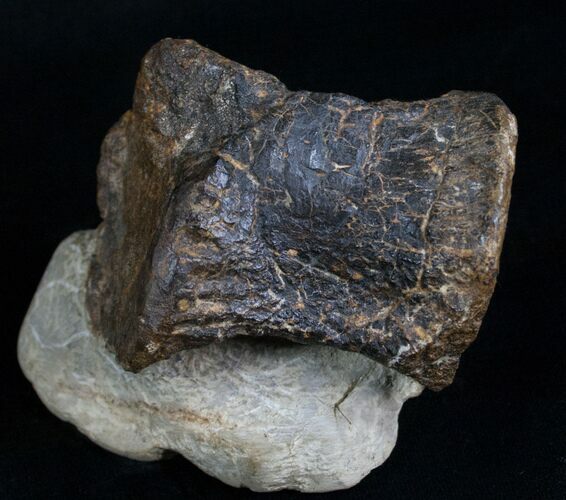 This is a well preserved caudal (tail) vertebrae from the Ornithopod dinosaur, Camptosaurus. It is just under 3 inches long and has been prepared so that it rests on it's original sandstone matrix making for an impressive display. It comes from the Jurassic aged Morrison Formation in Wyoming, making it approximately 150 million years old. Bones from the Morrison Formation are far less commercially available than the younger material from the Hell Creek Formation.