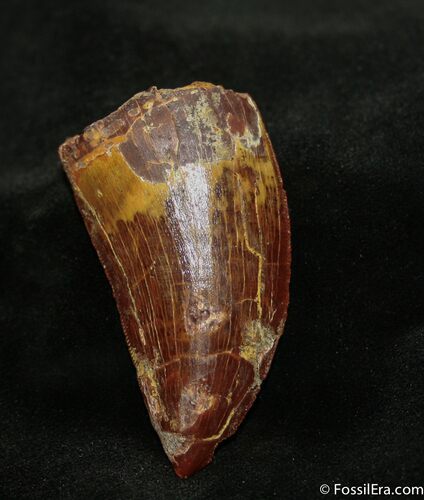 Here is a beautifully preserved tooth from the Cretaceous, meat-eating monster, Carcharodontosaurus. It was collected in the Kem Kem Basin, region of Morocco and is Upper Cretaceous in age. The tooth is nicely preserved with great enamel and no repair or restoration.