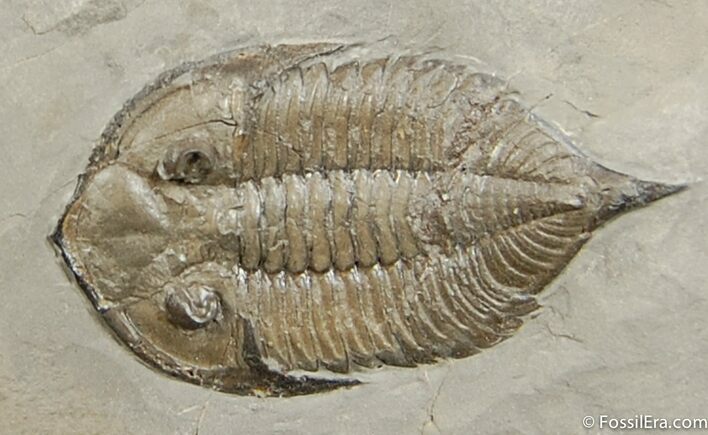 Here is a very displayable Dalmanites limulurus from the Rochester Shale of NY. This is one of the most classic North American trilobites and every fossil collection should have one. It's 2.3 inches long and nicely centered on a natural piece of matrix.

There is a repaired crack running the lower portion of the trilobite.