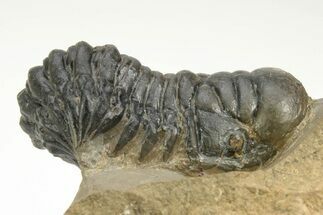 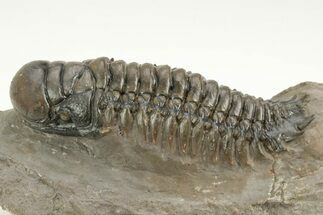 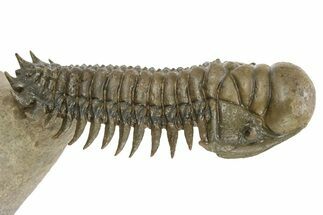 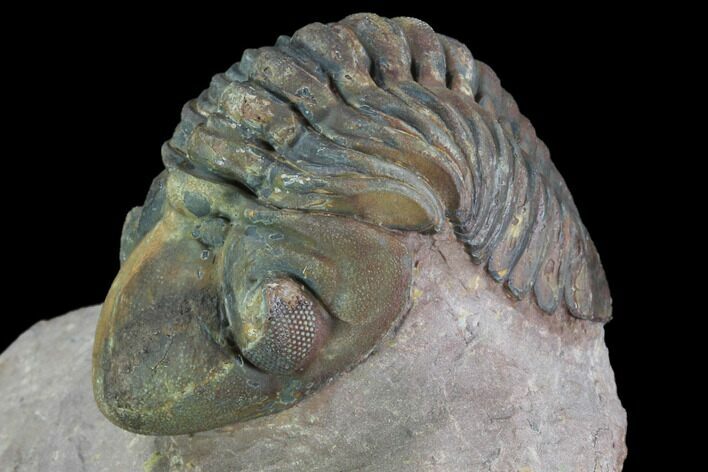 This is a colorful, 2.5" long (if outstretched), Reedops trilobite collected near Atchana, Morocco. It has a lot of surface detail including, visible, preserved eye facets in it's eyes. It's been prepared to remove the surrounding limestone so that it looks like it's ready to crawl off the rock. It has a really colorful shell preservation. There is about 3-4% shell restoration, spread out in several small patches on the right hand side of the thorax.