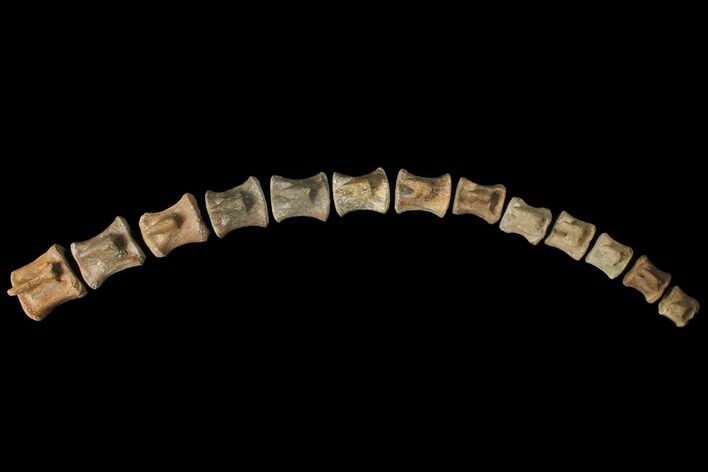 This is a string of 13 Hadrosaur caudal (tail) vertebrae from the Horseshoe Canyon Formation of Alberta. The bones are articulated, however the tail is a composite, consisting of vertebrae from separate Hadrosaurs. The majority of the processes have been restored, however the largest vertebra still has its original process. The largest vertebra measures 1.45 x 1.3 x 1.25" while the smallest is .9 x .7 x .65". When placed together with no gaps between the vertebrae, the string is just under 14" long. 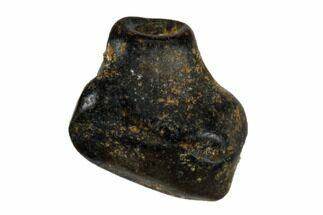 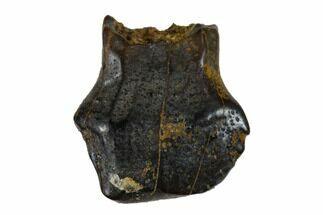