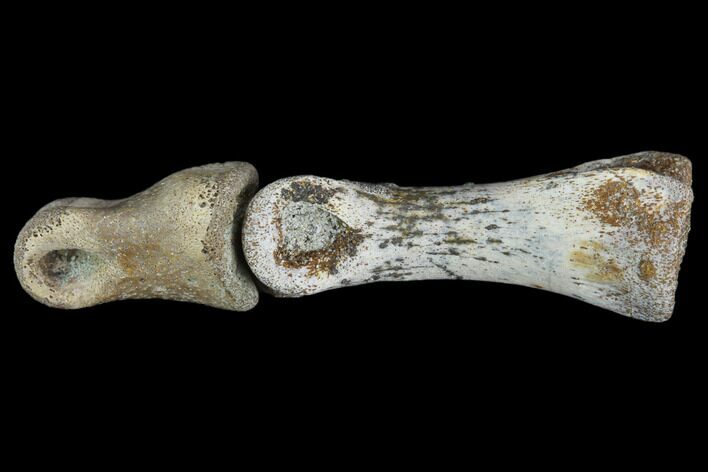 These are two small theropod foot bones from the Drumheller Valley of Alberta, Canada. The bones are articulated, however they are composite, consisting of bones from separate theropods. Both bones are in great condition with no restoration or repair. The longest bone is a metatarsal that measures .88" long, while the smaller proximal phalange is .5" long.

The bones come with an acrylic display case.