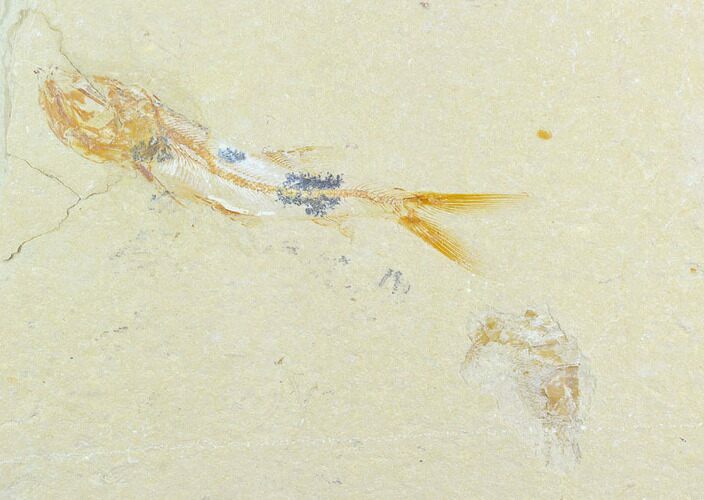 This is a fossil fish (Davichthys) and shrimp (Carpopenaeus) from the Upper Cretaceous marine deposits near Hakel, Lebanon. The fish is 3.7" long and shows bones and fin rays. There is one repaired crack.