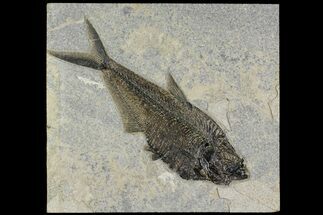 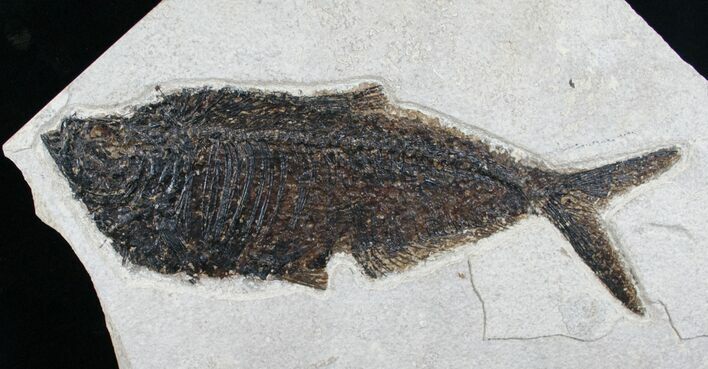 This is a good sized, 9.2" long Diplomystus dentatus fossil fish from the Green River Formation near Kemmerer Wyoming. It comes from the 18 inch layer which produces larger, darker and more detailed fossils than the split fish layers. The fish is amazingly detailed with great bone structure, fins and back bone.

It rests on a irregularly shaped piece of matrix which is 12x10.5" We can trim it down to a custom size upon request for no charge. 31" Green River Fossil Fish "Mural" With Huge Diplomystus
$1,995 $1,795
Our Black Friday Sale Has Begun!
Up To 30% Off Of All Items Sitewide
With Black Friday falling a week later on the calendar this year, we have decided to start our sale earlier. From now through Cyber Monday (Nov 30th) everything on our website is on sale. Be sure to check back often as hundreds to new listings will be added throughout the week.