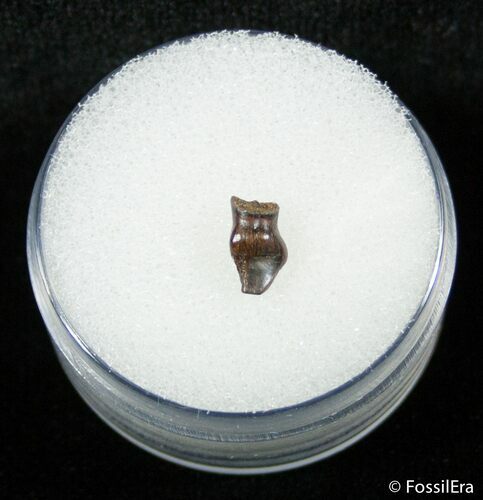 This is a small tooth from Thescelosaurus found in the Hell Creek Formation of Montana. Thescelosaurus would have lived along such famous dinosaurs as T-Rex and Triceratops. It comes in a small acrylic display case.