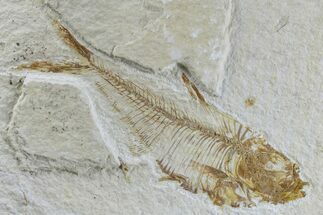 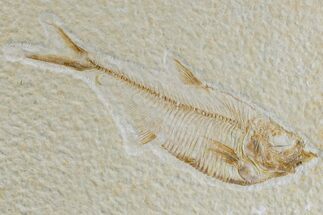 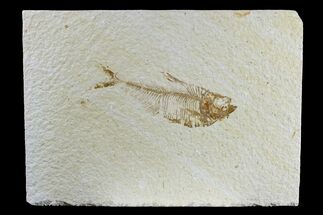 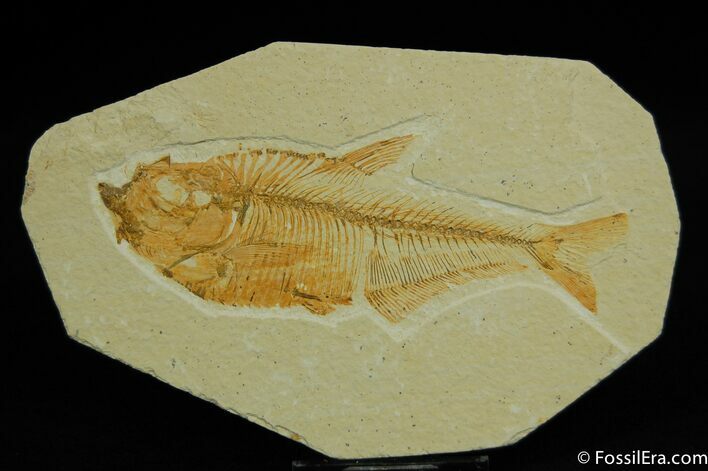 Here is a nice 4.3 inch long fossil fish from the Green River Formation of Wyoming. The species is Diplomystus dentatus and the preservation on this specimen is very nice. It's nicely centered on an irregularly shaped piece of creme colored matrix and displays nicely on the included plastic stand. 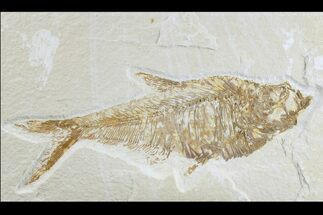