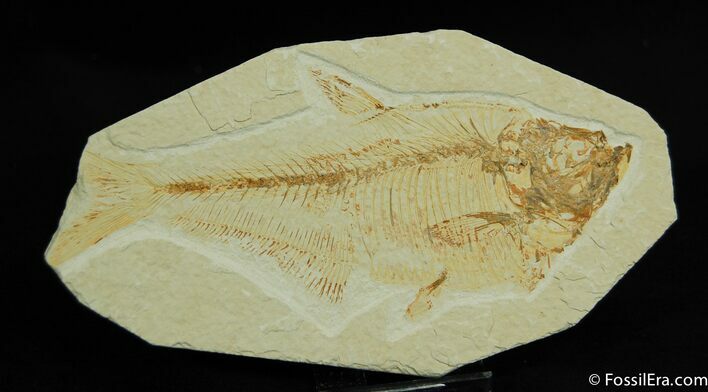 Here is a good size (5 inch long) Diplomystus from the 50 million year old Green River Formation of Wyoming. The bone structure of this fish can easily be seen and it displays well against the creme colored rock. Includes an acrylic display stand.