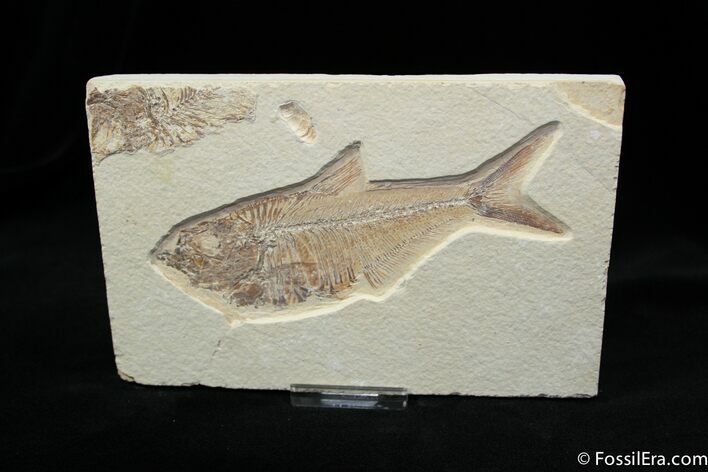 Here is an nicely preserved fossil fish, Diplomystus dentatus from the Green River Formation of Wyoming. The bone structure is nicely preserved and contrasts well against the rectangularly shaped slab of rock that its centered on. It displays well on the included acrylic display stand. 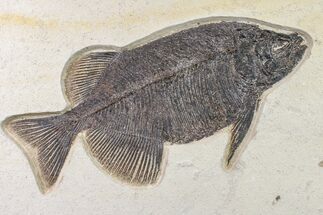